Help us celebrate 100 Years of Comfort! 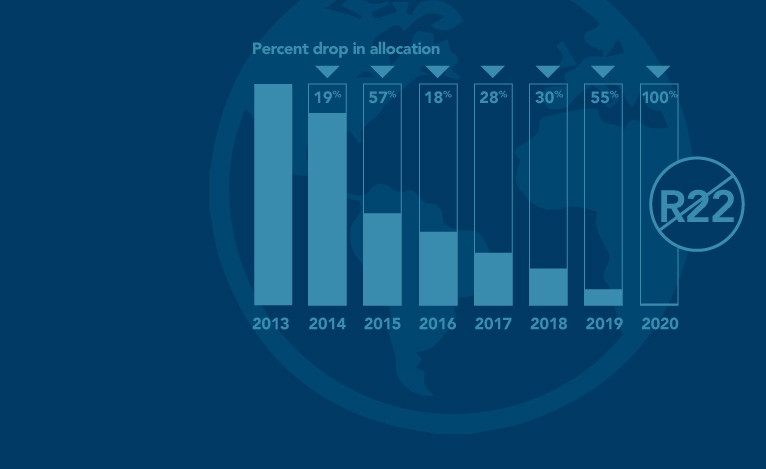 How will the R22 refrigerant phase-out affect me?

If your air conditioner was installed before 2010, an R-22 refrigerant phase-out has been taking place in the air conditioning industry (since 2013) that will affect you—if it hasn’t already. (Some systems after 2010 were manufactured with the use of R-22. You can check the nameplate on your condenser for the refrigerant type.) The R-22 refrigerant, Freon, was introduced in the 1950s and has been used in air conditioning systems that predate 2010. The phase-out of production and imports will continue until January 1, 2020, when all production and imports will be stopped. Once it is gone, new supplies of R22 refrigerant will no longer be available leaving recycled quantities the only option until they are depleted. Due to R22’s reduced amounts, imports, and recycling, prices have increased significantly. R22 refrigerant has been replaced by R410a refrigerant, Puron, a more responsible refrigerant.

Why is there an R22 phase-out?

Decades ago, the EPA determined that R-22 (an HCFC refrigerant) poses severe environmental risks. Leaks in A/C compressors contribute to hydrochlorofluorocarbons (HFCF’s) being released into the air depleting the ozone layer.

The answer, in short, is no.

Let’s start with a simple example to explain. At roughly 32 degrees Fahrenheit, ice is formed or melts at Standard Atmosphere (ISA). But, if you’re at a higher elevation, that temperature is going to change because the atmospheric pressure has changed; this is the basic concept of how the refrigeration cycle operates.

Within an HVAC system, pressure, temperature, and volume are interconnected. There is a fixed volume within a refrigerant piping system, and when the pressure changes, the temperature changes. Refrigerant is moved through four major components—compressor, condenser coil, expansion valve, evaporation coil—where pressure and temperature are changed.

What are my options?

This bullet is listed as a caution. Air conditioners are pressurized, and parts and refrigerant for R410a units are not interchangeable with the older R22 units. Be cautious of retrofitting promises; they can be dangerous, damage the unit, and cause safety risks.

Wait out until your older system needs an expensive repair before you install a new unit and pay higher costs in utility bills and recycled R22 refrigerant in the interim.

Replace your older unit with a new system now. New compressors are more energy efficient, and with the combined savings from less expensive refrigerant and utility savings, over time, you will realize a cost benefit.

If your system predates 2010 and is still operating, make sure to keep up with routine maintenance and start planning for the expense of a system replacement. Get a quote for a replacement system now so that you can prepare for the cost. 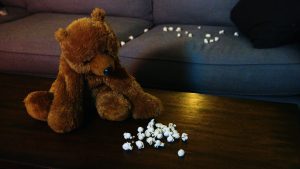 When a breaker trips in your home, it’s due to overcapacity or a short: The breaker trips, stopping the flow of electricity as a safety measure. A tripped main breaker will cut the power off to your entire house. SOME COMMON CAUSES CAN INCLUDE: too many appliances; appliances that require too much electricity; damaged breakers; 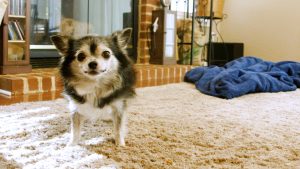 Routine maintenance makes sure your heat pump is working at peak performance. But if one room is typically colder than the rest of your home, here are a few DIY tips you can do to help. Test your thermostat. Affix a thermometer on your wall next to your thermostat. Place a towel behind the thermometer 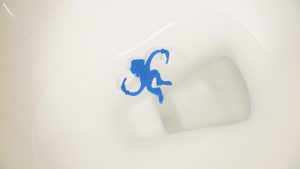 To ensure that your toilet doesn’t overflow, remove the lid from the toilet tank and close the rubber flapper—unless you have a pressure-assisted tank. You may also reach behind the toilet and turn off the water supply. (Make sure you turn the supply back on when you’re ready to flush again.) PLUNGER Grab a heavy-duty 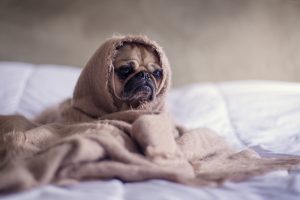 What is emergency heat?

What is emergency heat—and why do I need it? As a follow-up to our recent blog “My A/C won’t keep my house cool enough on a 95-degree day,” we’re taking a look at how heat pumps use emergency heat to perform adequately during the winter. Emergency or auxiliary heat is a supplemental heating component installed 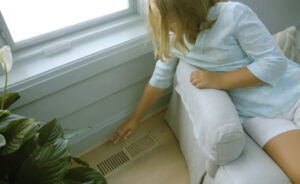 My A/C won't keep my house cool enough on a 95-degree day.

It’s 95 degrees outside, and you can’t get your indoor temperature to go below 75 degrees—even with your thermostat set on 72 degrees. It seems as if the AC can’t keep up. First thing you might think; okay, let’s get a larger AC to keep perfectly cool when summer temperatures hit above 93 degrees. However, 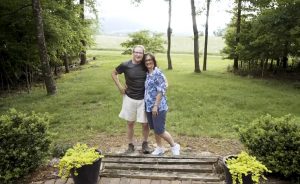 One year ago in May, severe rain in Charlottesville, Va. caused the banks of rivers and streams to flood; so much so that people lost their lives. I recently sat with Diana and Scott outside their home in White Hall to talk with them about the flood and how it changed their perspective on service. 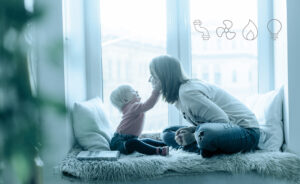 There are many steps you can take to create a more air-friendly indoor environment. Some of the devices and claims can make the topic of air filtration confusing. Well, it doesn’t have to be. Read our blog and take a look at the simplified diagram to see if we can help clear the air on 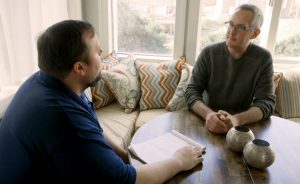 Finding value. It starts with a conversation.

Defined as relative worth, merit, or importance: value is different for everyone. The “best” may not always be the right value for your home. And this nuance is important to consider when it comes to replacing your HVAC system. Start with the right HVAC consultant or technician; they will walk you through a series of

Snow, ice, and a little peace of mind.

Snow and ice are in the forecast for us (again). If you’re off to grab a few provisions, don’t forget to build in a little time to make sure your heat pump is ready for snow. A few simple steps can go a long way in ensuring you stay comfortable and safe during the snow 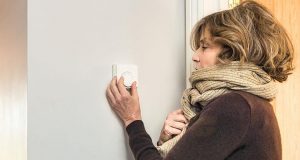 There comes a time in every home owner’s life when they realize their furnace just isn’t what it used to be. Years of wear took its toll, and your once young and powerful heating system is now struggling to keep your room warm. We know it is hard to say goodbye, but delaying its replacement 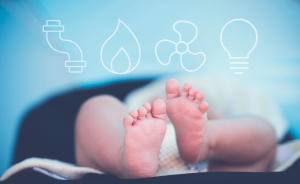 As you prepare to welcome your little one, there are probably a million things running through your mind when it comes to “baby-proofing” your home. While we cannot cover every safety tip out there, there are some important steps you can take to keep your family comfortable and safe during this new stage of life. 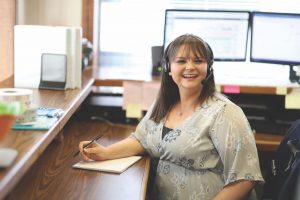 A Smarter and More Efficient Way to Manage As manager of the call center, there is never a dull day for Chrissy Kelly. Her job involves overseeing all of the operations in the department, meaning she must keep track of a lot of information. The call center team works together to handle all follow-up coordination, 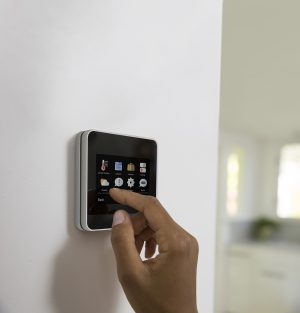 There is a reason why more and more homeowners are making the switch to programmable thermostats every year–well… ten reasons actually: 1) It Saves You Money (Really) The best way to combat those high bills is to reduce your energy usage. Instead of heating or cooling your house while you are away, you are able 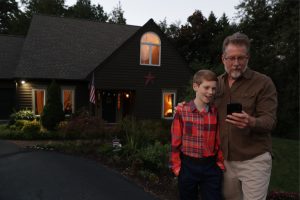 After decades of experience providing reliable plumbing, electric, and HVAC services, W.E. Brown has expanded their products/services to include smart-home technology. While the idea of smart-home devices may be intimidating for some, Jay Taggart (CEO of W.E. Brown) saw this addition as a natural progression for the company. After all, they have been installing the 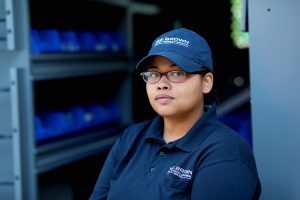 Seven years ago, Jessica Pritchett began to dream about becoming an electrician, but put her goals aside to care for others. Despite all odds, her unwavering passion led her to pursue that dream at W.E. Brown years later. Her whole life, Jessica has been passionate about fixing things and discovering how they worked. However, pursuing 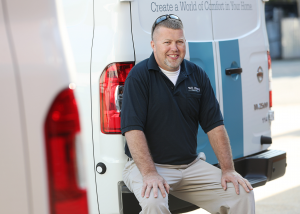 When a family’s cat was in serious danger, duct mechanic Roy Haislip and call center employee Jennifer Perry did not hesitate to come to its rescue. Their heroic actions and compassion for others exemplify what we always aim to achieve at W.E. Brown. Read about how the event unfolded through the eyes of Roy and 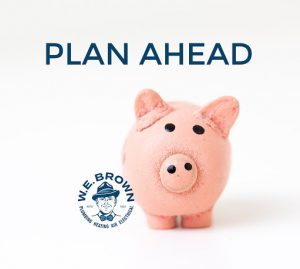 A Smart Way To Keep Your Cool. Plan Ahead.

Everything working together to create your whole-home comfort (your HVAC, dishwasher, washer, and dryer) has a lifespan. A lot of people tend to wait until their system fails or gets entirely run into the ground before having it replaced. Something to consider, however, if you know the manufacturer’s lifespan on any of your products, is

Rolling in 2018 With a Fleet of New Trucks

New Look, Same Reliable Service Here at W.E. Brown, we are always striving to go above and beyond for our customers, and there is no detail too small when it comes to providing an excellent experience. From the moment our trucks hit the road, our goal is to provide customer service that is both personal

Forecasting The Health of Your Pipes With Video Certainty

Yep, and we give this video ‘Two Thumbs Up.’ As a routine check-up, a Sewer Camera video inspection of your main sewer line is a noninvasive and cost-effective way to forecast your home’s plumbing health as well as identify an invasive root before it grows, collects debris, and turns into a significant clog in your 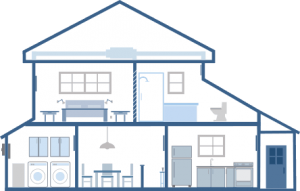 Building A World Of Efficiency— Starts Behind The Drywall

Let me cover another W.E. Brown focus group favorite—knowledge sharing. Something that is near and dear to my heart is new construction and home efficiency. It’s not obvious and so I’ve created an article and blog on the topic: The choices you make behind the drywall should be as remarkable as the ones in plain

Giving Back for 100 Years

Help us celebrate our 100 Years in Charlottesville and Albemarle by helping us give back to our community. We will be giving away two checks; $20,000 and $10,000 to the top voted for local non-profits. Cast your vote here: